A great public work: the porticus

The colonnade was built between the IV and V centuries A.D.: 8 metres wide, 24 metres of it brought into light, it would have extended beyond the confines of the church. Its impressiveness can be thought of as the role of a connection between two focus points of the city. The extremities to the South pointed towards the port. The North pointed towards the residential area; in the direction of what is now the church of Saint Sepolcro in which a bath, possibly identifiable as a Late Antiquity baptismal font was discovered. In around the V century the colonnade went under big structural changes, until the following disuse. 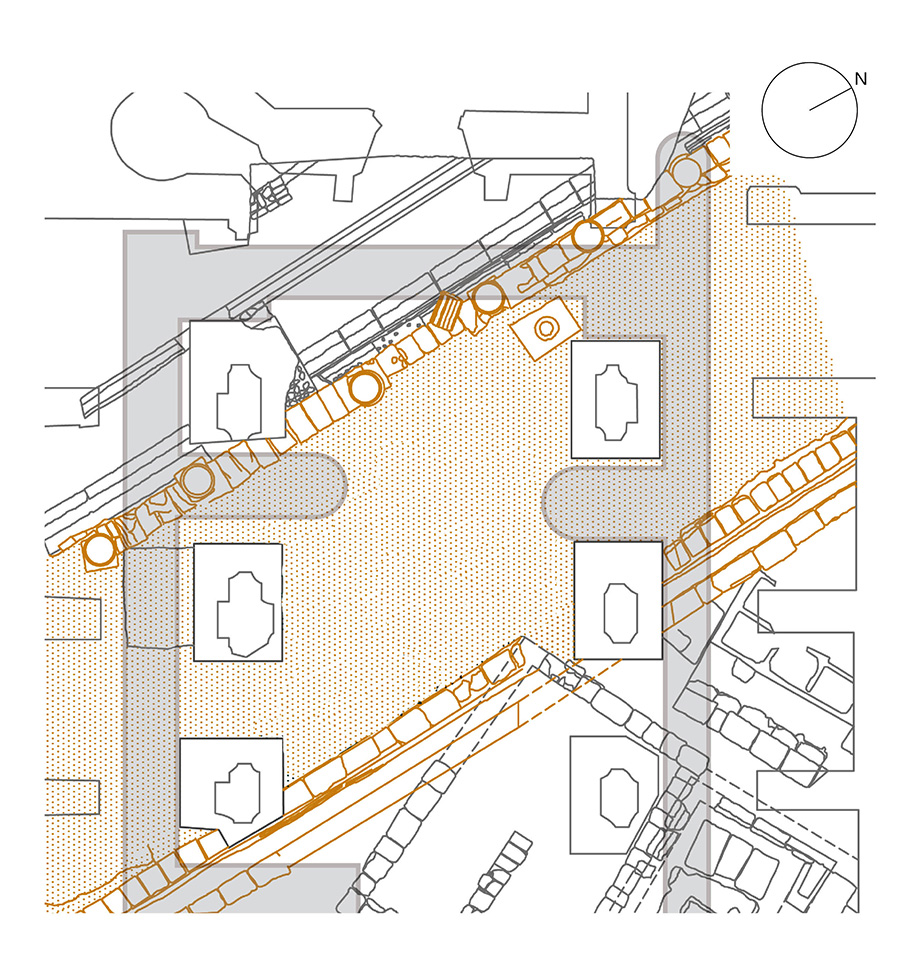