The paved road was probably installed during the IV century A.D, inside a large urban project. It consists of large paving stones or stone slabs worked in an irregular shape. Originally it was developed with a sloping NE/SW trend in the direction of the port, then its course, in the most Southern part, was diverted to the East. It appeared 4.20 metres wide but only a short distance to the North East certifies: it was then restricted to approximately 1.20 m in order to allow more space to private homes. 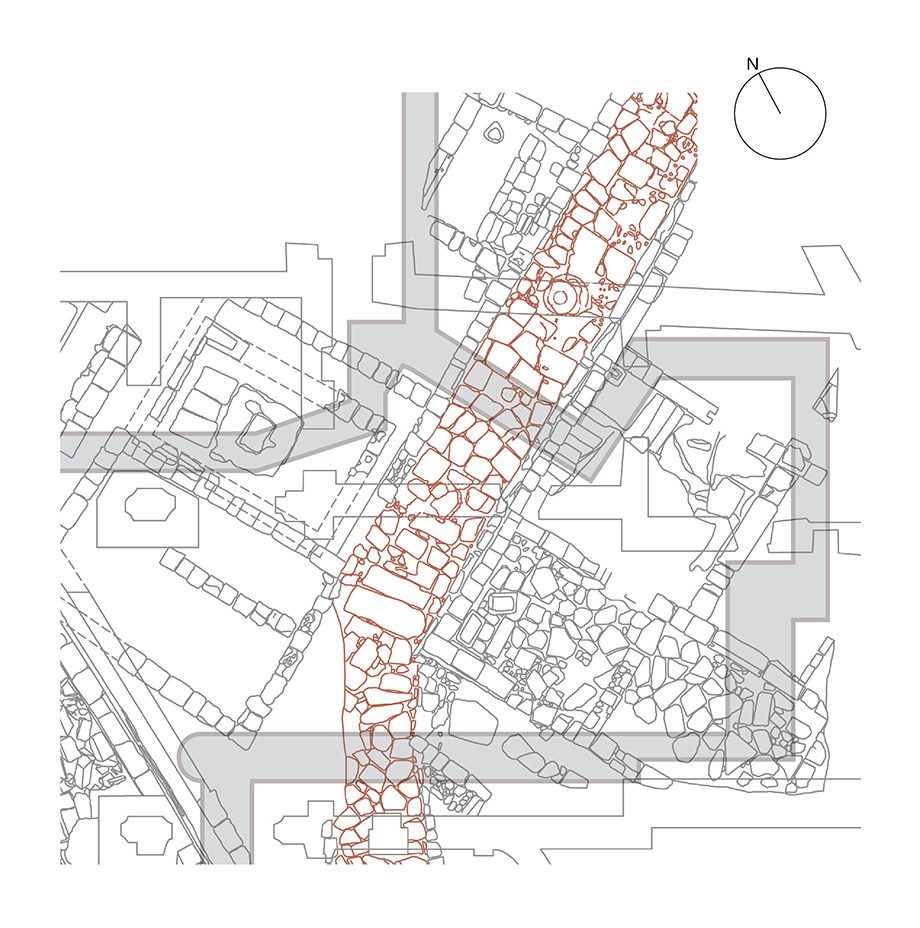