The tank: water and treasure reserve

In the flooring of the colonnade the mouth of the tank opened “bottle-like” (6m deep, 5.40m wide at the base) in which the grooves left by ropes used to collect water can be seen. Carved into the rock, it is internally waterproofed with opus signinum ‘cocciopesto’. At the moment of discovery it appeared to be closed with a stone cap. On the inside various materials referring to both its first use (fragments of an urn to draw water), and its use the moment of the change, of which fragments of a moneybox and money hoard were discovered. The coins don’t go past the first half of the V century and those of the Vandal era are missing. The fear of the arrival of the Vandals could have been the reason to use the water reserve as a storage space. 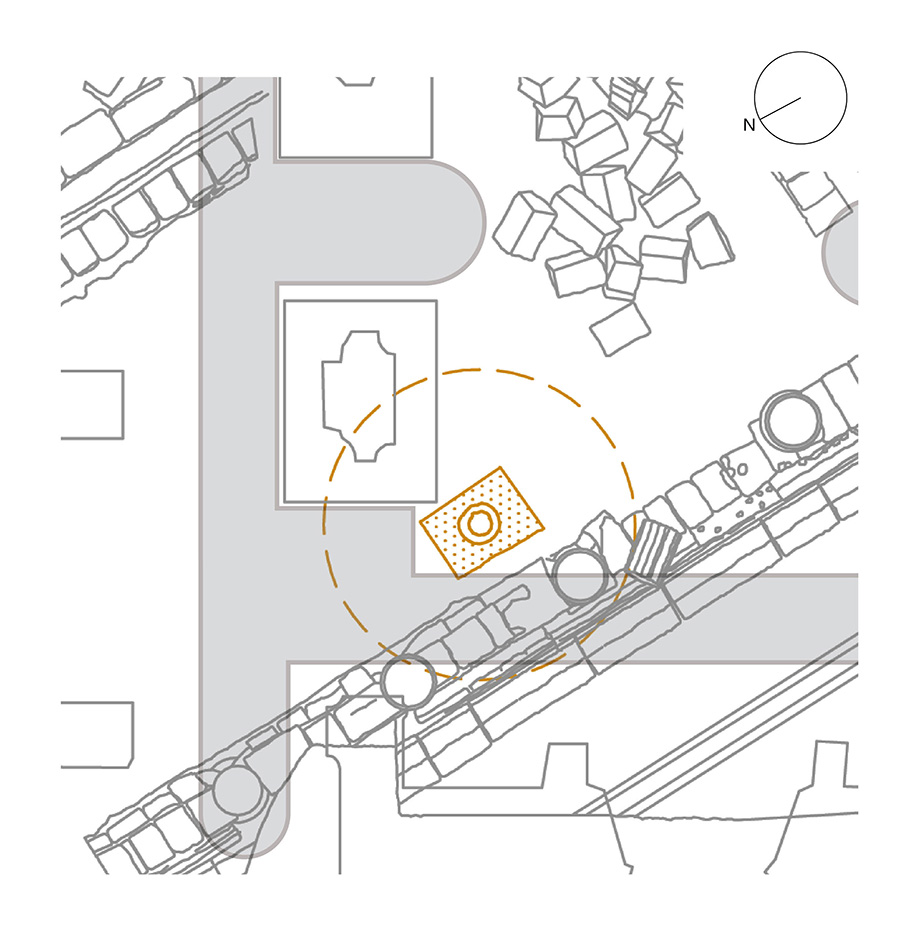