A wall in opus africanum

Between the V and VI centuries the road was narrowed through the construction of a wall in opus africanum or ‘frame’, consisting of blocks bound with mud mortar and spaces between the vertical frame filled with limestone splinters or clay. Its name reveals the area of development, Africa, but its origins are uncertain, possibly attributed to the Phonecians. Established in Sardinia already in the Punic age and widespread in Roman times, reclaimed between the V and VI centuries, perhaps brought from Africa during the period of the Vandals. This frame closed access to an environment with stone tools threshold: the empty space was affected by different stages of use and increases in the planking level. At the moment of its discovery there was a false fence of an animal shelter. 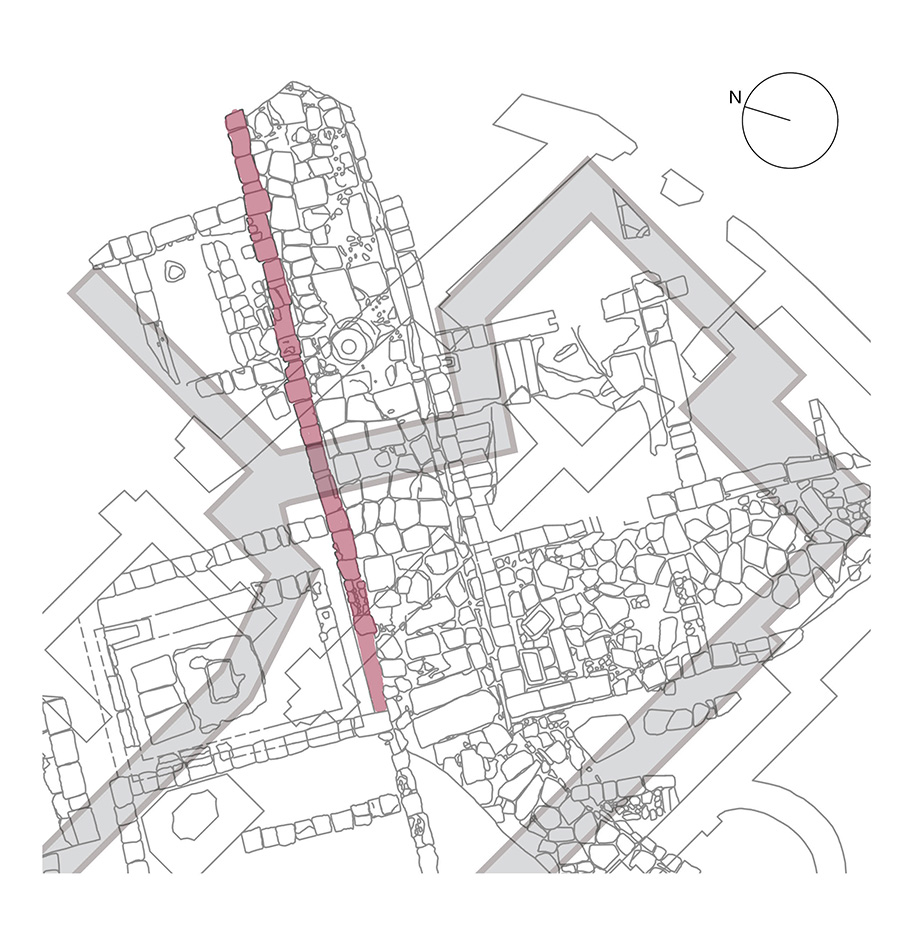