Installed with the road, the Eastern building complex was divided into several rooms and on at least two levels. They keep an inside courtyard with a well, underground cistern and different stone tools, where the holes for the hinges of doors can be seen. At the same time that the road was narrowed, the houses also had several changes (area 10): dividing walls added, creating new spaces and, in one case, the raising of the floor on which two stone tool trays were resting. This building phase connects to a social-economic change which caused a reduction in space and a new use: the trays could be related to crafts of troughs for pets. 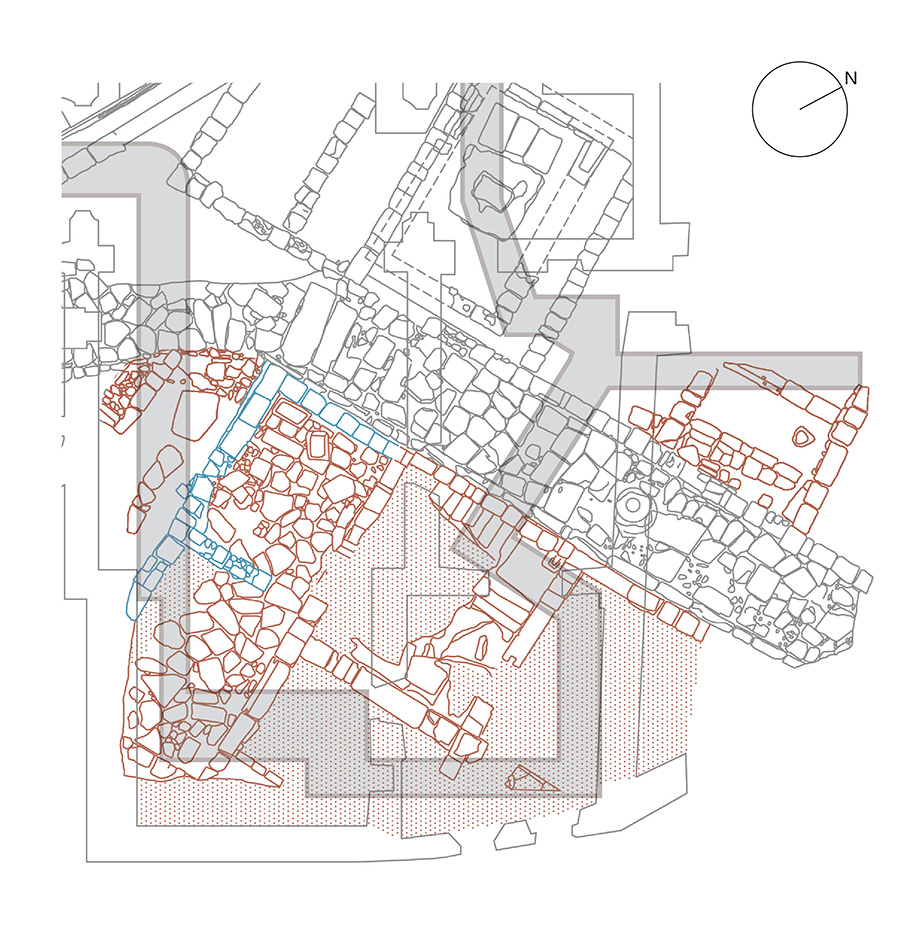