Disuse and reconstruction of the porticus

The collapse of the base wall of the colonnade is the signal of the decline in the area. The majority of the structure, now out of use, was used as a pit for building materials. In the more Southern part of the area there are seven rows of limestone blocks arranged in parallel on the floor which are still visible, almost like a stock ready for new constructions. Following, the materials from a second collapse were deposited in the part adjacent to that closed rendering it unusable. The blocks of limestone relevant to the collapsed structure were left as found by the archaeologists. 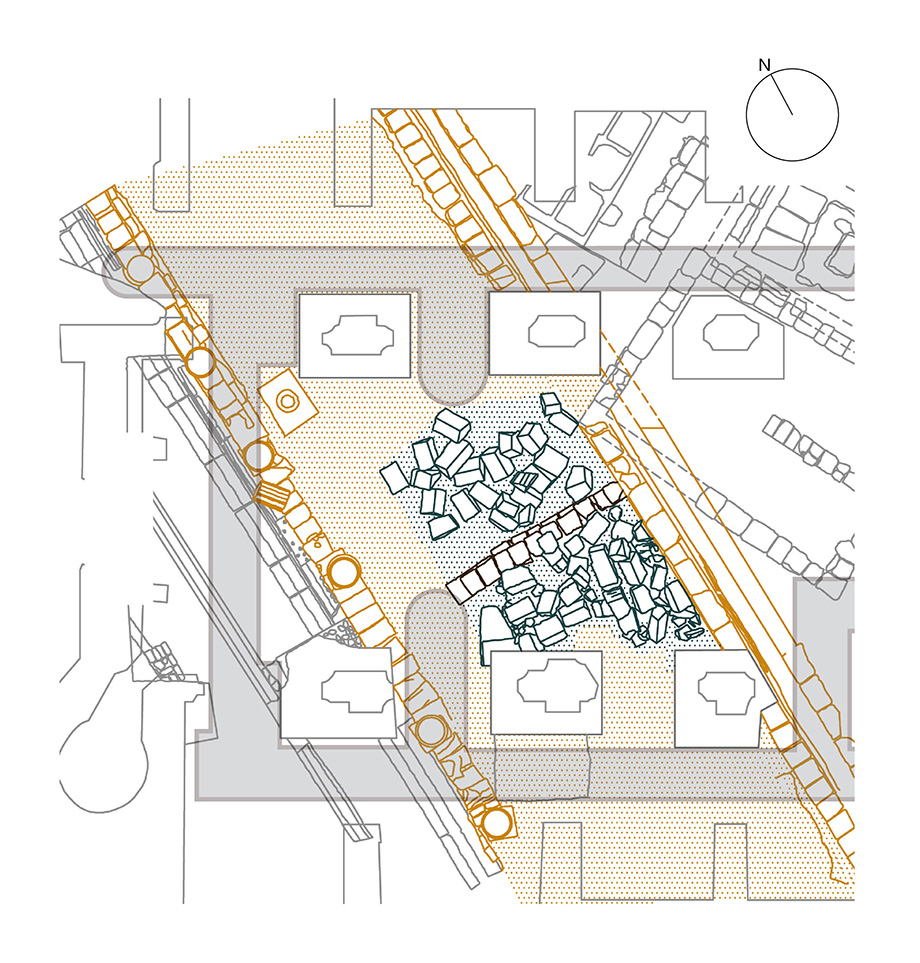