The greater crypt: funeral space of the Post-Mediaeval church

Between the end of the XVII and the start of the XVIII centuries, under the church rebuilt and amplified in the Spanish era, a crypt on a rectangular plan originally covered by a barrel vault and an altar covered with slate was discovered (vedi foto). Inside hundreds of tombs relating to men and women of all ages, even those foetal, and of various social categories were discovered and excavated. The types of sepulchral were earthen and trapezoidial wooden crates. They lay out was on more than one level until all the available space was occupied. Some of the deceased were placed on the lids of the boxes below, wrapped in a shroud and covered with a layer of lime, in other cases they were placed in the free space between two coffins. 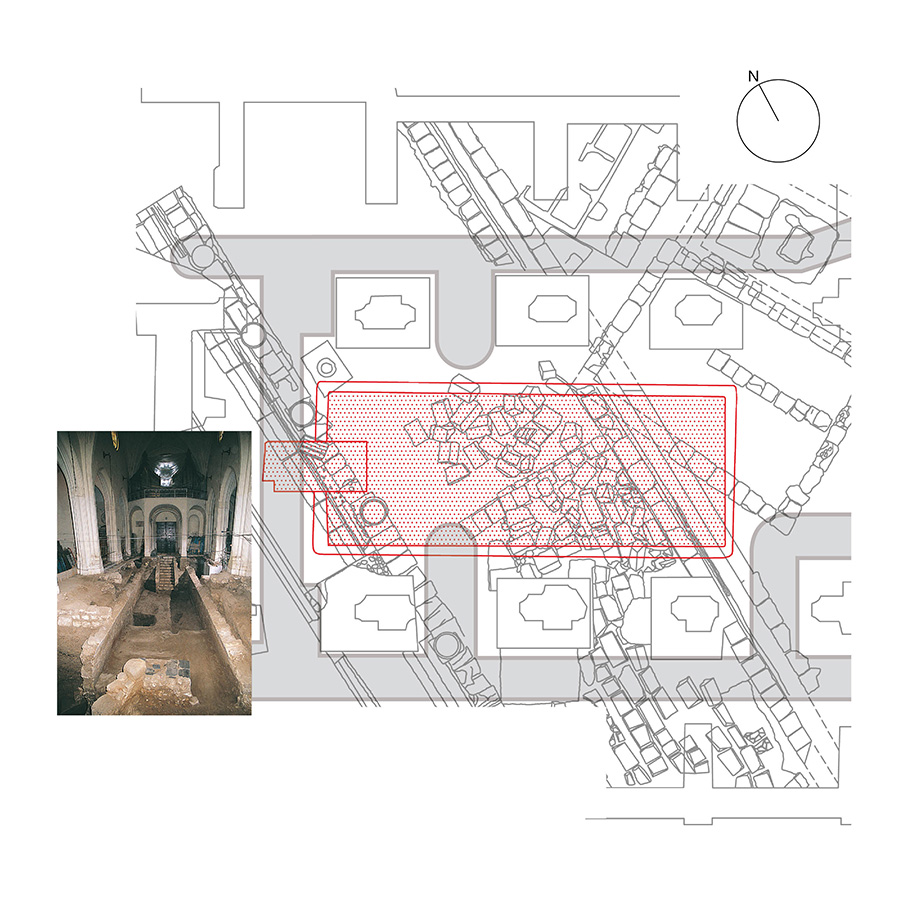