At the origins of the excavation: the well

Carved into the rock, the well is located in the internal courtyard of a dwelling to the East of the road; fed by an underground spring, it constituted its private water reserve. With the abandonment of the neighbourhood, the earth hid the structure. Despite this the well was tracked down at least at the end of the seventeenth century and during works for the construction of a new choir, the barrel was raised 6 meters and its mouth fitted out with
a ring. It served the aforementioned church and its ‘trinavata’ shape. Its importance was renewed in 1990 when it led to the forgotten underground neighbourhood: the discovery came during the renovation work for the damp sacristy, which motivated the beginning of the excavations in the area. 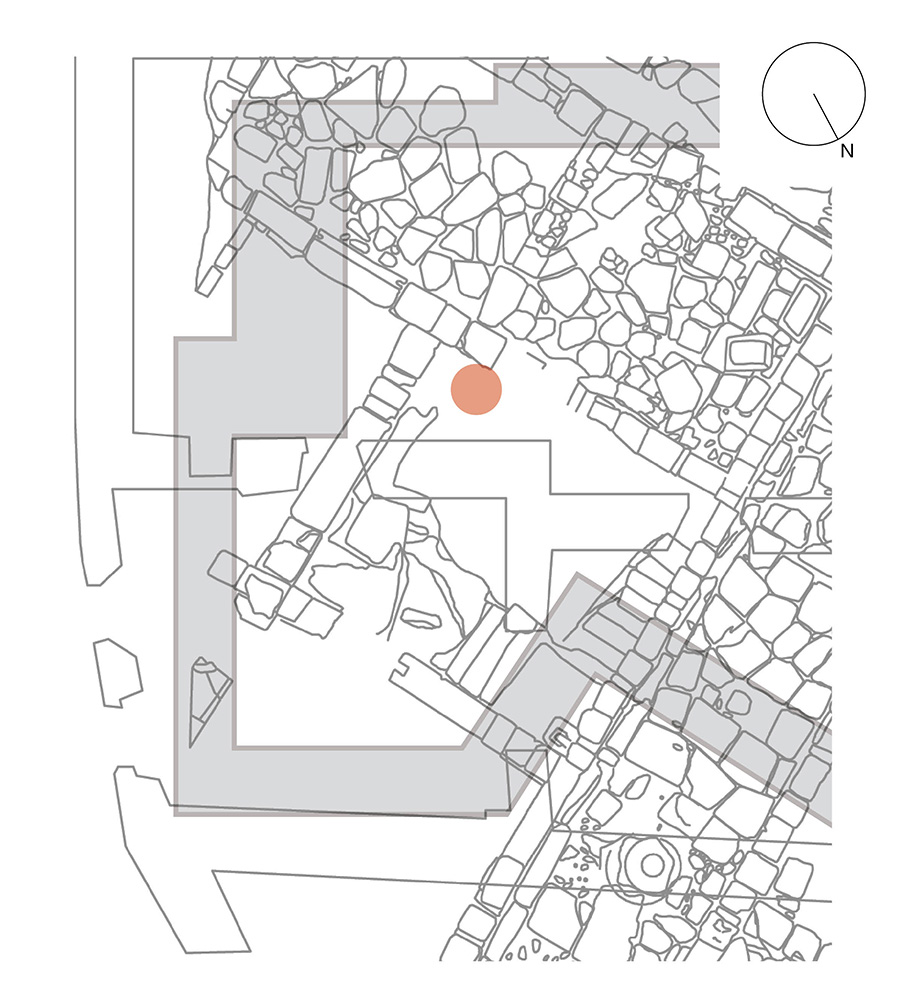