A new structure on the old ruins

This construction project, dated between the VI and VII century or so, could have been the last before the final abandonment of the area. The now abandoned columns were progressively covered by accumulations of earth until they were completely covered from view. On top of it a large rectangular building was built (green in the plans). It is aligned with the East side of the paved road, continuing the block wall that restricted the scope of the original route. To the North, the long side followed the perimeter of the thesaurus (area 1); to the South and West to impose itself exactly on the ground which had covered the colonnade. A good part of the elevated area has been conserved in limestone blocks. 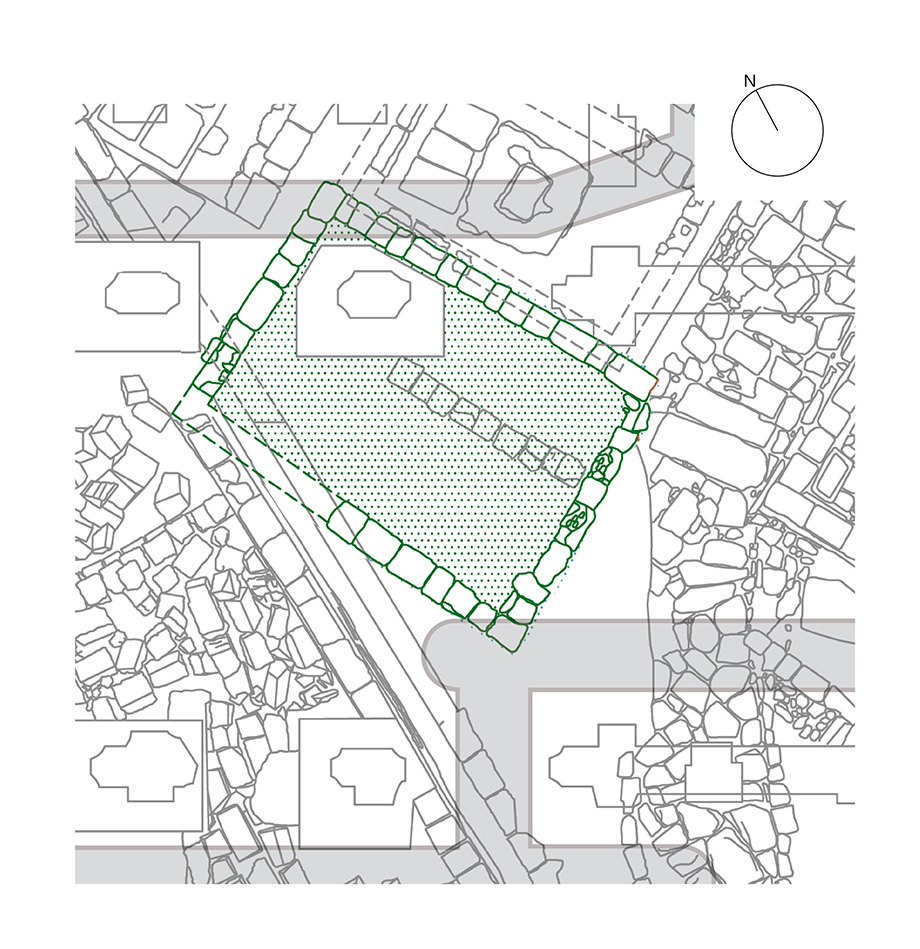